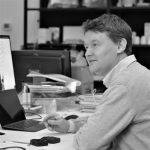 We selected a range of product design companies that we admire and give us inspiration. They pushed the boundaries, changed markets, and enlightened the world with their products. We have been lucky to be able to work for several of them.

Braun started in the 20s as a small engineering shop. By the 1960’s it had become a famous electrical appliance brand known for its innovation, design, and product quality. This was mainly due to the design talent of Dieter Rams (head of design from 1961 to 1995). His new design style spread not only across the entire product line but also to all their branding and packaging – from stationery and product use manuals all the way to advertising. This gave Braun a corporate identity long before this was common practice. In the late 1950s, Braun’s traditional strength lay in creating radios, record players, and combined hi-fi units. In the 1960’s they added electric shavers and household products such as kitchen machines and juicers. In the 1970s and 80s additional product segments like hand-held hair dryers and styling, appliances were also developed. These personal care products required a design that focused on ergonomics and ease of handling. In the 1980s, clocks, watches, and calculators were important, and set a new design standard with a focus on clarity and reduction, in combination with technological innovations.

Dieter Rams is one of the most influential product designers of the twentieth century. Back in the late 1970s, Dieter Rams was becoming increasingly concerned by the state of the world around him. He laid out of a list of 10 principles for good design. This straightforward list lays out the fundamentals of good design, across all fields of design, whether you are designing a logo, a game or even an app.

Less, but better – because it concentrates on the essential aspects, and the products are not burdened with non-essentials. Back to purity, back to simplicity.

Apart from changing the business model of several industries, one of the Apple’s achievements is to put a large emphasis on design. In 1990, Apple became the first company to have its own industrial design studio and when Steve Jobs regained control of Apple in 1996, Apple’s design department became the leaders at Apple. They put forward opinions, considered design first and foremost, then implemented their ideas. All the other departments, such as the engineering department, sales department, and advertising department, serve the design department to meet their requirements as much as possible and manufacture the products. From 1998 to 2019 Jonathan Ive was the leading force behind this process.

The starting point of their design is not based on engineering, or how to maximize the benefits, but actually from the user’s point of view, the emphasis is on the user experience,  how to evoke the right emotions, how to provide them with  ease of use and more convenience, to then start research and development. The design pursues the user’s feelings about the product, the combination of the product’s physical existence and human emotion, and the user experience.

The iMac was the first all-in-one computer, with a slightly frosted surface. Through the translucent shell, you can see the silver electromagnetic shielding layer inside. Jobs proposed the requirement should be available to everyone in the world and that it could be can be used by people without having to read the manual. The transparent design does indeed increase the “fun” and they also added a handle to the top. It was not really intended to carry the computer to other places, but to encourage the user to touch it, thus invisibly establishing a connection between the user and the computer.

The iPod was the first example of the implementation of the Bauhaus principles within Apple: Form follows function and removal of interference and excessive decoration. They pursued an object that looked natural and extremely simple, and people could not even notice the traces of its artificial design. One of the simplifications of the iPod was the elimination of the on/off switch. It turns itself off when not used for a while automatically. The perfection of this principle can be seen throughout Apples’ products until this day.

In 2010, Logitech was notorious for releasing new products simply for the sake of releasing them. It hadn’t adequately prepared itself for a post-desktop world. The PC peripherals company had to reinvent itself into a more digital lifestyle products company.  In a world where Google, Microsoft, and Apple all champion their success by the fact their products all speak a single design language, Logitech pulled off the turnaround by focusing less on a design language than an important design law: that every product out of Logitech needed to have a big idea behind it, and everything else would follow.

CEO Darrell and Design Director Curtis drafted a new take on Dieter Rams’s 10 principles of good design. It was a way for Logitech to express its unique take on design, to build a point of view the company could use to unite their design teams, and to consider old  and new products:

The 5 Design Principles of Logitech

Of all of Logitech’s 5 principles of design, one stands out among the rest. “Our most important design principle is “one powerful idea.” If there’s not a powerful idea we’re designing around, then we’re designing to a price point or spec, and we’re trying to avoid that,” says Curtis. “We want to create meaningful products with a real sense of purpose.” A sense of purpose doesn’t just give a product a problem to solve, it gives a product a market to sell to. This gives Logitech a way to merge design and marketing in a way that only some companies can.

The company’s Spotlight presenter doesn’t just offer a way to give PowerPoints, it’s designed to eliminate the fear of public speaking. Everything was pulled to that central idea to build out the product experience. The button highlights areas on the screen, and they added an accelerometer to eliminate visible shaking of the laser pointer, so the audience can’t see your fear. Hopefully that makes the puts the user more at ease, too.

No one yet (sorry) But we do have a video: Talk by CEO Bracken Darrell where he talks about implementing the design mythology throughout the whole organization.

Dyson’s first years as a company were not easy. They faced a lot of rejections and even near-bankruptcy. Companies weren’t interested in investing in new technology. They were afraid or had invested heavily into their existing technology. A vacuum manufacturer whose revenue relies heavily on vacuum bag sales isn’t going to rush toward bag-less technology. His break came from a design-loving Japanese product design company, for whom Dyson developed and licensed his technology. The G-Force, launched in 1986. A nasty patent lawsuit, which he finally won, generated the cash to develop and produce under his own name.

Dyson’s philosophy is that people are willing to pay for premium products. The DC01 became a best seller, being much more expensive than the competition. The high price made it possible to buy the machine on monthly instalments. The washing machine was not a success. It’s bigger drum, two motors and a gearbox created more that could go wrong and was taken out of production. A simpler version of the counter rotation principle is now used by several competitors.
Developing their own brushless motor and batteries gave them a competitive edge for their vacuum cleaners. They monetized this technology in their fans, hand and hair dryers.

In Dyson’s view, designers, engineers and inventors should lead the business. He also does not like marketeers because they are guided by what has worked in the past and asking consumers makes no sense because they tend to react negative towards the new and unknown. ‘Nobody want to see their dirt’ was the general idea. Now most vacuum cleaners are see-through, so you can see the fruits of your labour.

In the Dyson products the design is not an afterthought. In his opinion the appearance of the product should celebrate the technology and not cover it up. The bright yellow colour is to indicate where you should interact with the machine. At the research and development centre there aren’t technicians. The design engineers must bring their ideas to life themselves. “They all have to make and test their own prototypes, which allows them to see what works and what doesn’t. You don’t get that from looking at a prototype made by someone else or by looking at test results.” Although Dyson doesn’t make models himself anymore, he spends most of his time “breaking the prototypes” of his engineers, enabling them to spot problems before they happen and challenge them to go further. Another rule is to change only one detail between two tests. It might be time consuming, but it is the only way to get a real understanding of what works and where you need to focus your attention to make improvements.

Sadly, the development of the electrical car was stopped because it would not make money for years to come. For companies like Tesla this is not a problem, but Dyson is privately owned, and James does not want to justify his decisions to external investors.

Xiaomi originally sold affordable phones online, but their hardware products have razor-thin profit margins, so most of Xiaomi’s profits came from the online services.  When the company struggled in 2018 due to increased competition and lack of offline presence, they concluded that they also needed retail stores. They wanted their stores to go beyond selling phones to forge sustainable bonds with customers. Their solution: create an ecosystem by partnering with some 100 start-ups to provide Xiaomi with other internet-connected home and tech products that would draw customers to its stores.

The strategy aims to reduce “pain points” for consumers. For example, quality air purifiers used to cost roughly $500. Xiaomi funded a start-up with an air-pollution expert, offering help with design and manufacturing, access to its supply chain, and lessons of its own low-cost operating efficiency. The result: The Mi Air Purifier 2, which sells for $105 was a blockbuster hit.

Muji is a Japanese warehouse focusing on everyday products with a minimalist design philosophy, and emphasis on recycling, and a “no-brand” policy. Muji product design, and brand identity, is based around a limited selection of colours and materials, optimised manufacturing processes, and minimal packaging. Although Muji products are not attributed to individual designers (they do not disclose who they are), Kenya Hara has been credited as key figure and some designers made their involvement public (Jasper Morrison, Naoto Fukasawa, Sam Hecht, James Irvine).

Companies that lead the industry tend to focus on innovation and design. Creating vision and driving this through is important. People are willing to pay for premium products and the speed of execution is important.

For some product design companies, the internal structure makes it hard to react quickly (budgets need to be approved, people allocated, and internal procedures slow things down). For Siemens and Panasonic, this was the reason our help was enlisted. We helped them to find opportunities and created cosmetic, functional prototypes in 3 to 5 months, so their potential could be validated quickly. If you would like to read any of the books about these product design companies we’ve listed above? We have them all available at the office, so come by for a cup of coffee! 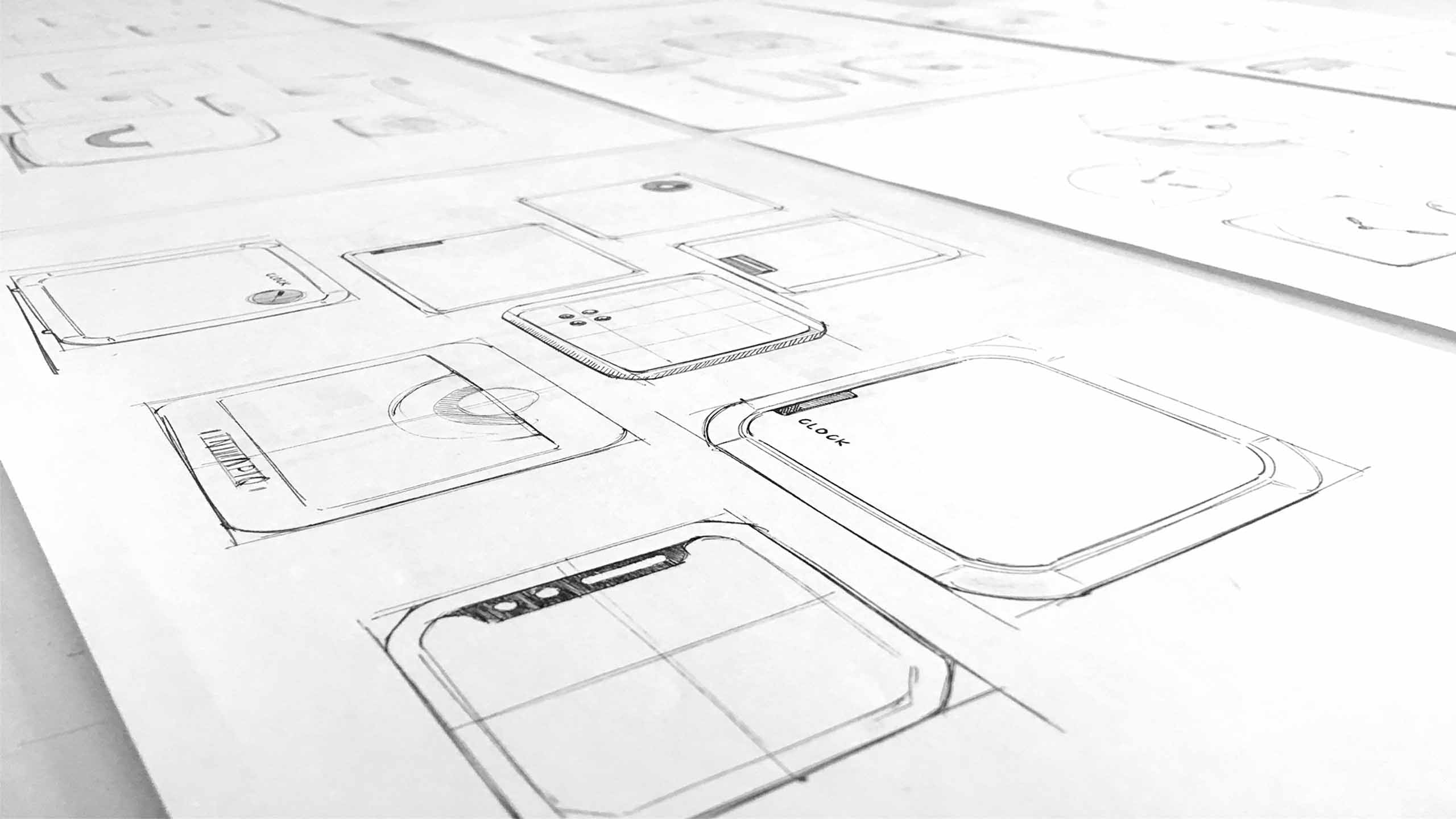 SLIMDESIGN was founded to do the thing we love: designing great products that we are proud of and having fun in the process. Everybody is encouraged to express their interest in the kind of projects they would like to work on, so we can...